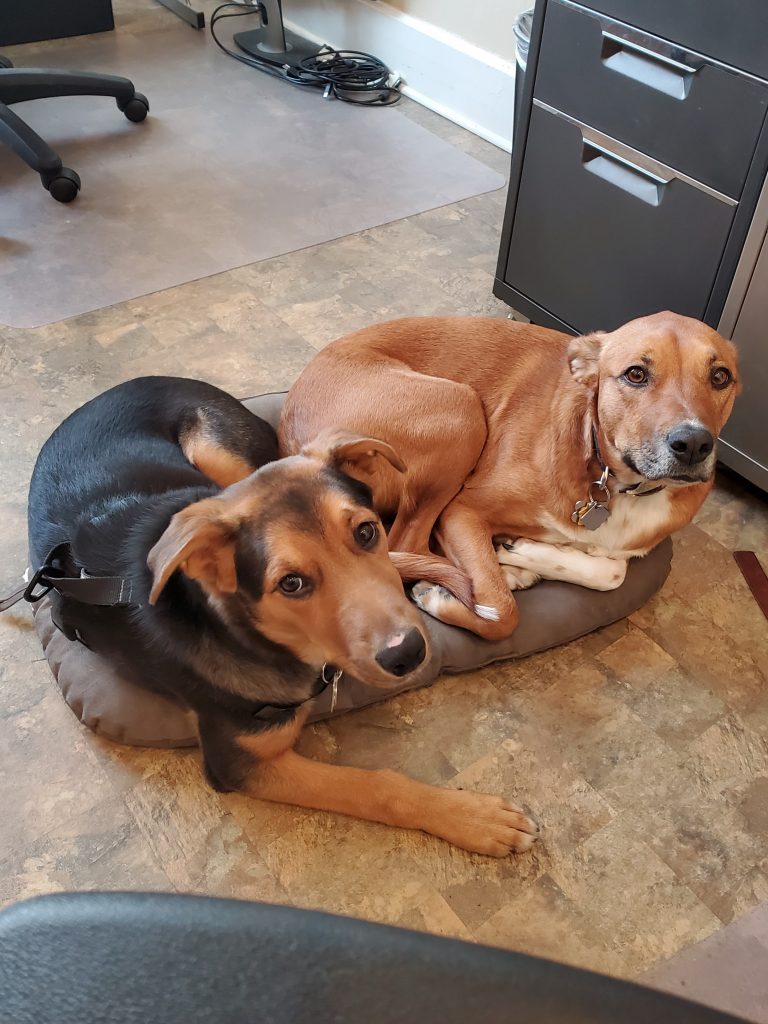 Things are going great with Ralphie. I took Monday off work so we could get acclimated and then I worked from home on Tuesday. The two of us went into the office the rest of the week and he did really well there. He and Esme got along well, as you can see from the photo.

Ralphie has been doing great with house training. He’s already had a couple accident-free days and has started to go by the door when he has to go out. And, even though he’s teething, he hasn’t tried to chew much stuff other than dog toys. He’s not overly active, either. I mean, he has some puppy energy, but it’s not overwhelming. He seems to do pretty well just going on walks and playing in the house.

Jake and I took him to the vet yesterday. Everything looked good. The vet says he’s actually more like 5 months old. So, considering that, he’s doing even better than I originally thought. He has an appointment to get neutered early next month.

The only sticking point we had this week was that he did not want to go to bed at night. He was ok if I slept in the living room, but he did not want to sleep in my bedroom (or the crate that’s in my bedroom). So, I gave up on Thursday night and let him sleep in the living room by himself. He did just fine–no accidents or chewing. He came into my bedroom at 5:30am on Friday morning, so I let him outside at that point and then we hung out in the living room until it was time to get up for work. Last night, we did the same thing, except he crawled into my bed in the middle of the night and then slept there until 7am. So, hopefully we have this figured out now, because I’d really like to get some sleep.

Happy 20th birthday to Jake! He's no longer a #qua